From the forests of Africa to the laboratories here in Costa Rica, the evolution of coffee continues its journey.

I am walking through a botanic garden in the middle of the summer and the sun shines strong over us. Right in front of me a 5 meter tall tree, its leaves are as long as the palms of my hands and its fruits are cherries the size of a plum. “This is a coffee plant”, my guide says. I clean the sweat off my forehead and open my eyes wide; the humidity and heat of the day might be tricking me. “Yes, it is the Coffea liberica variety”, they affirm to my astonishment. This tree is a relative of our small Coffea Arabica or Arabica coffee, as we know it. It happens that when we talk about coffee, the family of this plant is far more extended than the coffee plants Costa Ricans are used to seeing.

To get us all well located, we have to travel (mentally) to Ethiopia, Africa. Its said that it was here where a goats shepherd discovered coffee while investigating what fruit his flock was eating that made them jump full of energy. Even though the story is still some sort of legend, the truth is that if we went to the forested areas of Ethiopia and other countries of Eastern and Western Africa, we could find coffee trees in their wilderness. Coffee plants as big as the one that I was surprised by, and some so little that their leaves look like sprouts. All of them are wild varieties, in other words, people don’t cultivate them for their consumption.

From the Arabica coffee  (C.arabica) that we like so much, only two varieties came out to travel the world and fill it with coffee: Typica and Bourbon. Each of them took different routes passing through the Arabic countries, Java, Holland, France; through Yemen, Bourbon Island, Brazil, until reaching our Central American countries. The robusta coffee (Coffea canephora) also took its baggage and left. But in Africa numerous varieties of coffee remained, yet to be discovered, these are the wild varieties. 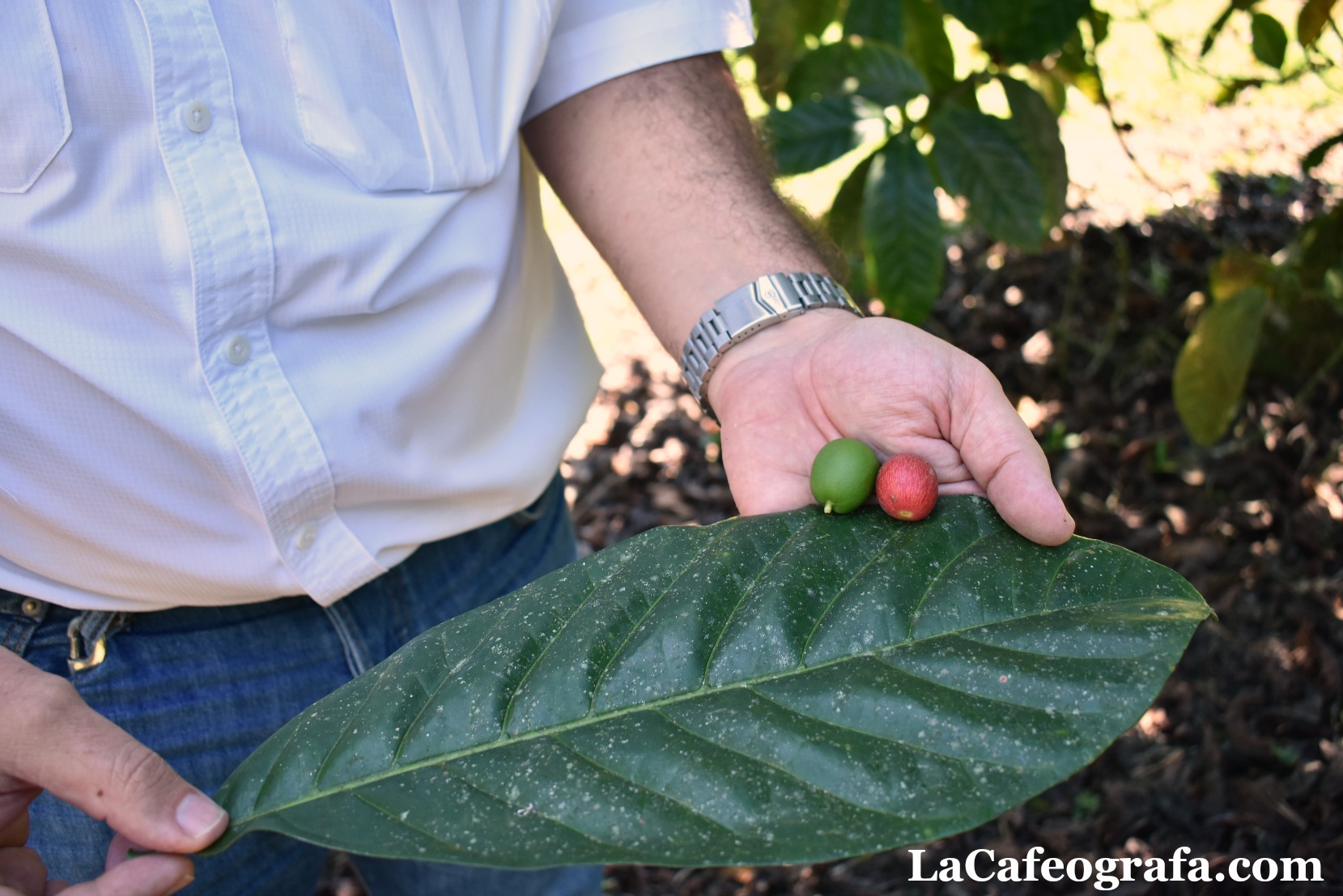 Meanwhile, the history of the Arabica and the robusta for consumption continued on its journey. Today the producers on this side of the world have their lands plants from varieties of c.arabica like Caturr, Catuaí, VillaSarchi, Sarchimor, among others. All of them are the result of cross breeding typical, bourbon and their subsequent crossings. Some were even created here in Costa Rica. Now, lets return to the garden with the giant C.Liberica. I’m in Turrialba, at the CATIE Botanical Garden (Tropical Agronomic Center of Investigation and Education) and inside of it we find the area dedicated to coffee, this section is the International Coffee Collection and it’s tangible proof of the Bank of Forest Seeds (coffee is just one of all of the plants). My guides are the engineers Luis Diego Jiménez and William Solano. 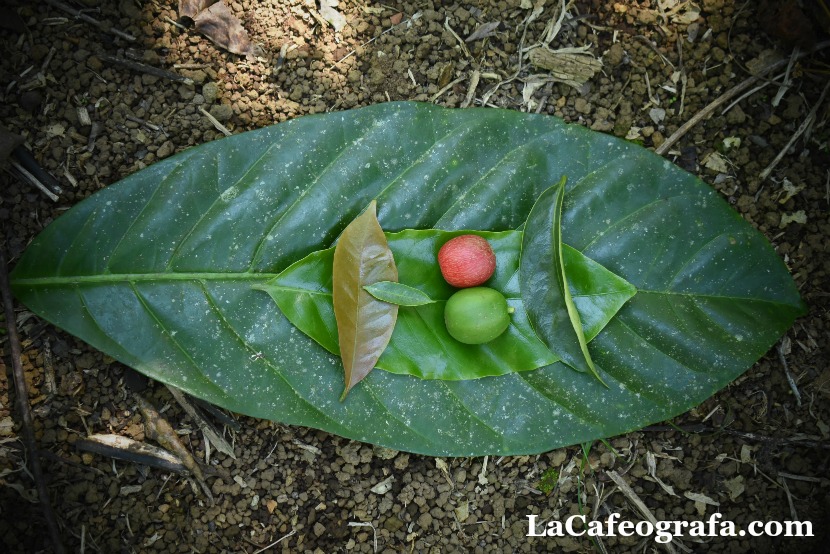 Did you know that the famous Geisha, the coffee that put Panama on the Specialty Coffee map, was developed for its cultivation at CATIE? The original plant was brought from an area in Tanzania called Gesha, from there it receives its name. The Geisha plant doesn’t have a high yield, but at the base of the Barú Volcano ( Boquete, Panama) it found the best conditions to develop its full potential of exotic aromas that characterize it. 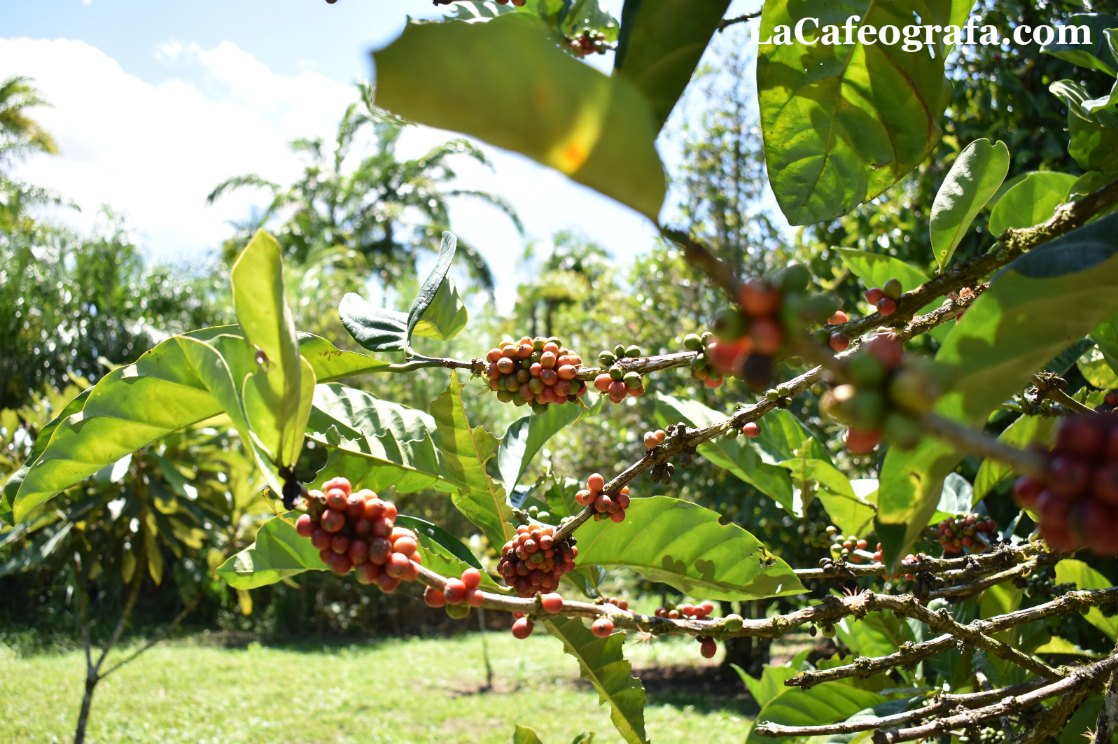 The coffee plants we are walking among are Arabica from many other varieties; there are also Canephora or Robusta. Some of them have been here since 1964; they were brought to Costa Rica by the FAO (Food and Agriculture Organization), and others by ORSTOM (Research Institute for Development) in 1966. Ethiopia, Sudan, Kenya and Tanzania are their countries of origin.

While I see these big leaves, others very small, brown colored, giant and small plants, I wonder why in our memory we only visualize one kind of coffee plant? “That’s because just a few varieties of coffee are the parents of the varieties the producers cultivate today, the genetic base is very reduced”, that’s the answer from Luis Diego, from Hybrids F1 Propagation Program of CATIE. 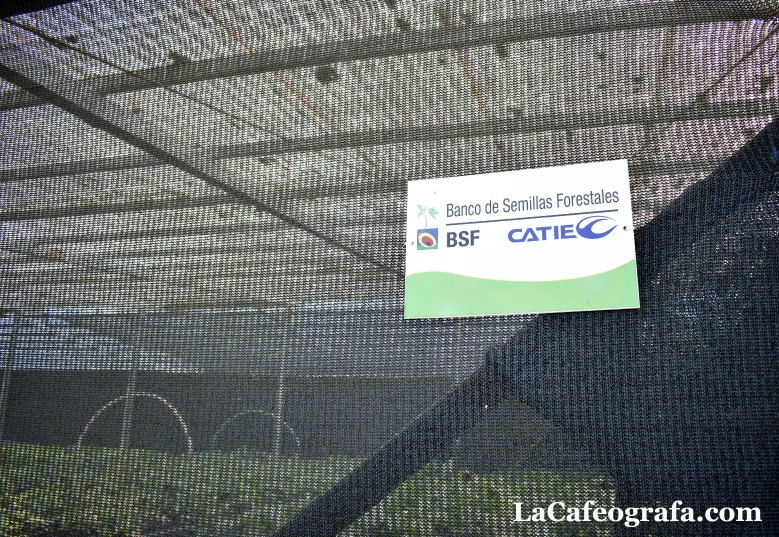 Why mix well-known varieties with the wild ones? Because as we saw, the Arabica has a very narrow genetic base. In the field, the coffee producers combat the plagues (coffee rust, “ojo de gallo” mycena citricolo) and the climate adversities (including climate change), and if their coffee plants don’t have good resistance, the production slows down, or they can even lose the entire harvest. Since genetically the commercial varieties are similar, if a plague attacks one plant in the field the other ones will be affected too. 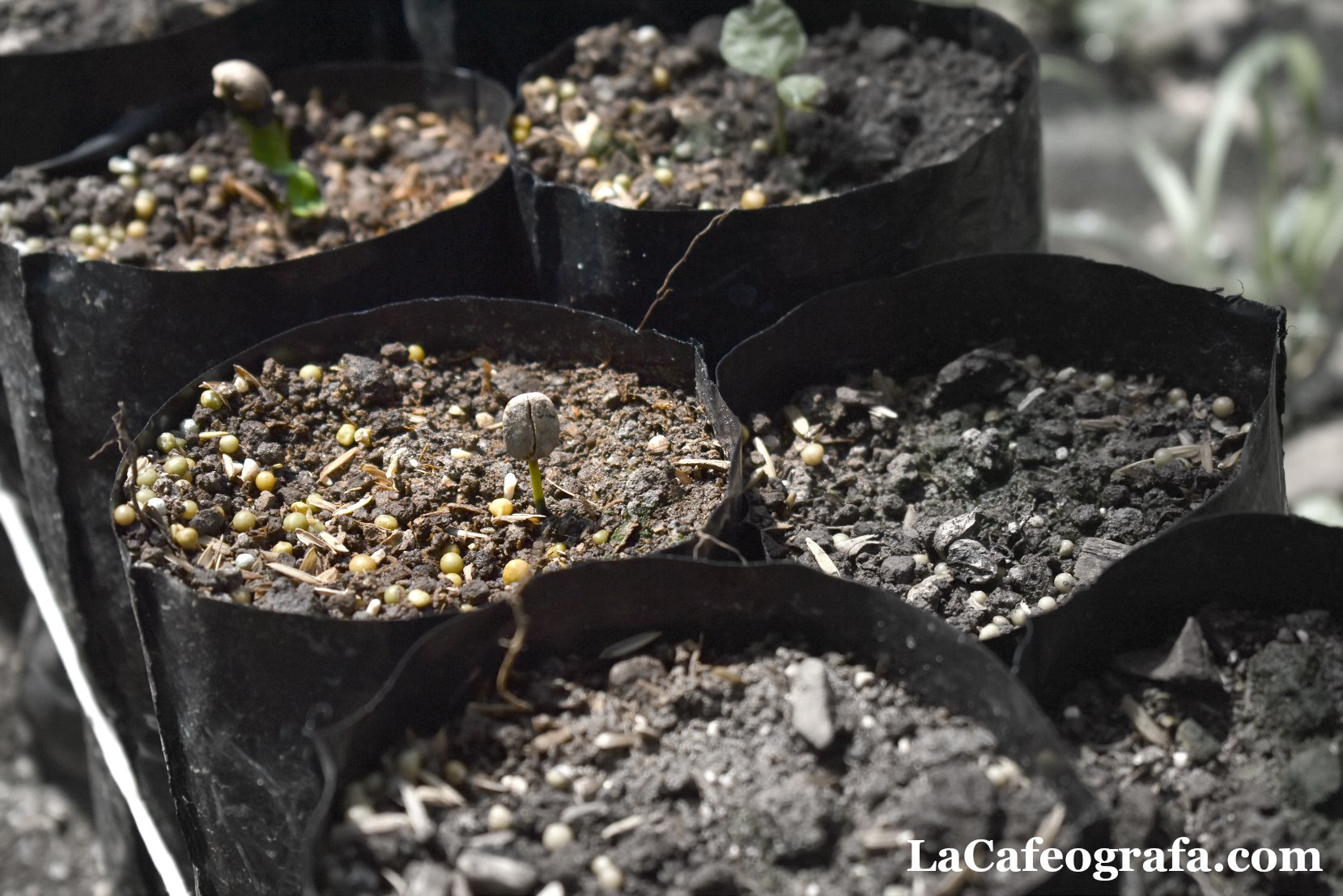 The wild varieties have characteristics that can make the plant more resistant and also bring different flavors. “In this times of the third wave of coffee, finding new flavors and great quality of the cup is very important”, marks William Solano, Genetics and Agro-biodiversity Resources specialist.

The Genetic Improvement Program started in 1992. The base was this bank of genetic information in which we are walking. From 800 hybrids obtained in the lab by somatic embryogenesis (yeah, that’s the name, read it again), 100 continued their way of selection and at the end, after trials in the field, 20 were selected for their quality and performance.

Finally, 6 hybrids were good enough after growing them at different elevations and regions. For that, the program not only has the CATIE participation but also other Coffee Institutes from all Central America. 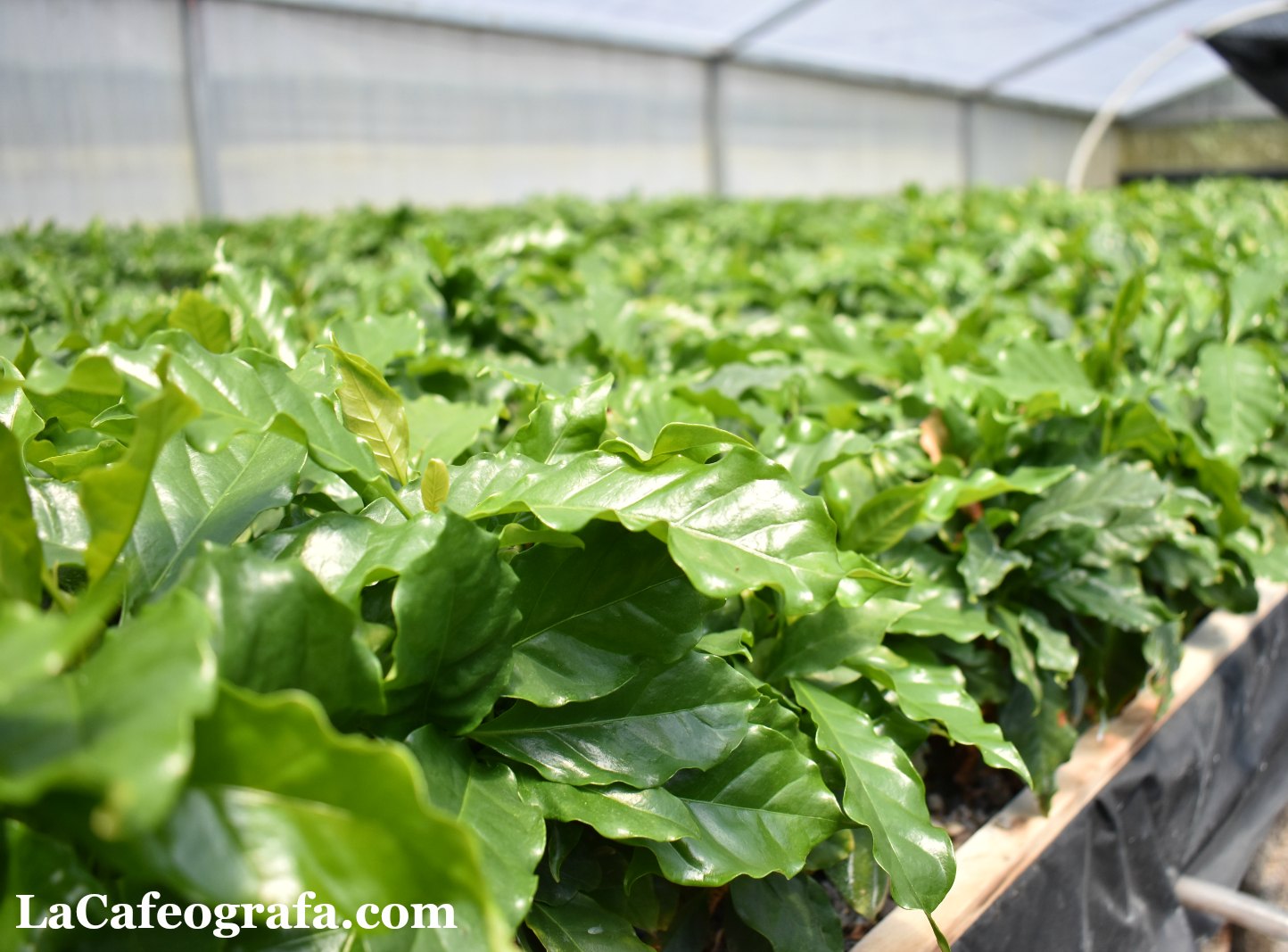 Another one’s copy. After seeing all the different varieties in the garden, we walk towards some greenhouses. In there we find the first hybrids F1 children from the lab; those 6 types that scored high for the producers and tasters; in other words they are very resistant against all crop adversities, they are productive and also the quality of their cup is very good.

These new Arabica relatives have as parents Caturra and Sarchimores crossed with wild plants like Rume Sudan, Etiope 25, 41… But, they are not produced by seed like the others. “Because they are a mix between varieties so far separated, they can’t reproduce their characteristics through the seed, instead we reproduce them through the cutting- rooting technique”, says Luis Diego. Also they could be cultivated at the lab (just like the first hybrids), but this would make them more expensive for the coffee farmers. 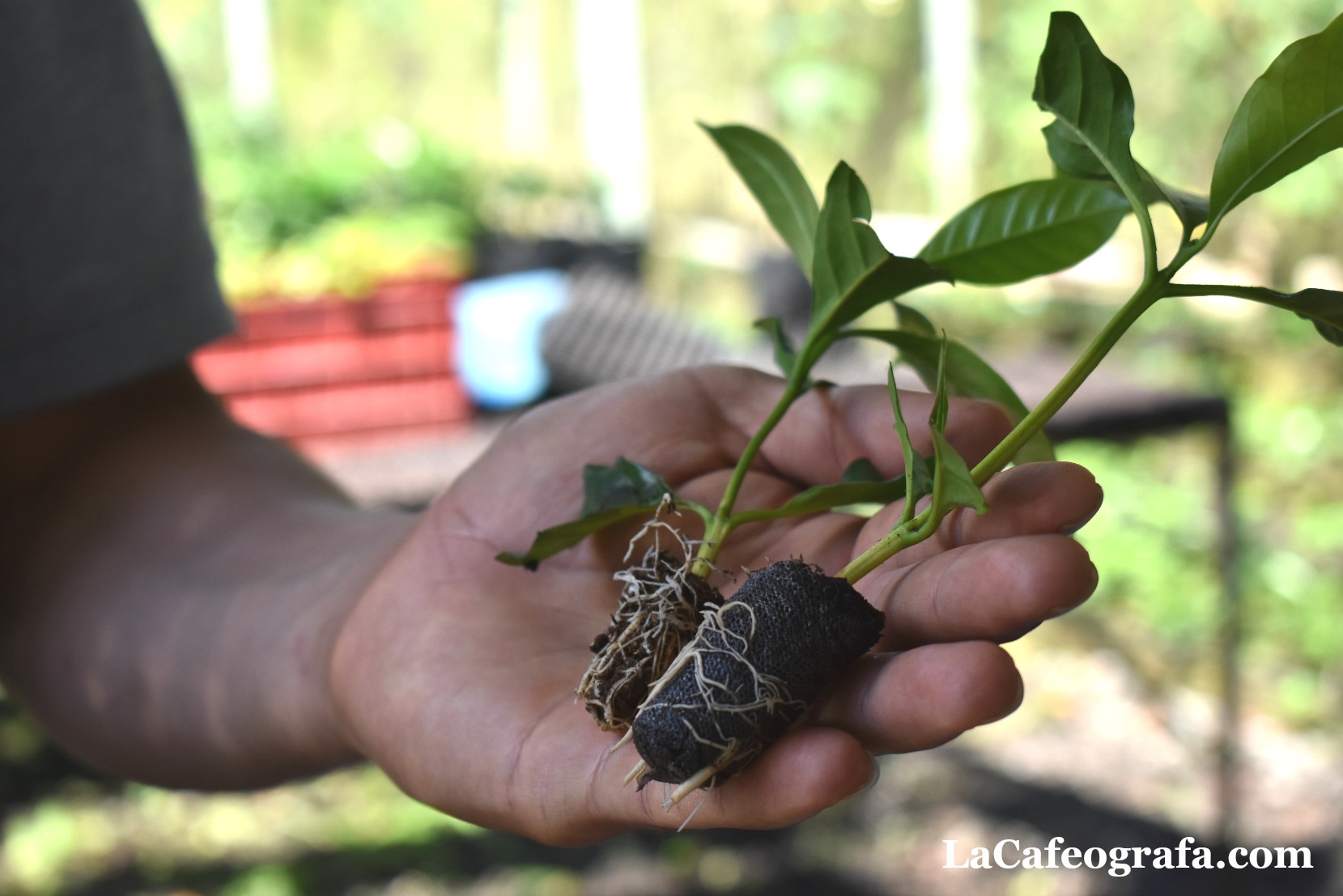 The thousands of little coffee plants in the greenhouse grow in hydroponic substrate carefully maintained. Their sprouts are cut and then are treated with rooting hormones. Then they are put in a different substrate and there they start getting new roots, then they will turn into baby plants in the ground. In my very short agronomic experience it is a miracle to see how from a cutting they can get roots ready to start a new life, a new coffee cycle.

To confirm their performance, the program gave out 100,000 hybrid plants to coffee farmers from the 8 regions of the country through ICAFE (Costa Rican Coffee Institute). The results were positive. These new hybrids have between 34-58% more yield, depending on the elevation and planting conditions (shaded or full sun). “These plants are showing themselves stronger, some more resistant to the coffee rust, some to the nematodes and others to the climate conditions”, specifies William. Hence, they recommend to use more fertilizer for these new resilient hybrids and plant them at the appropriate elevation. 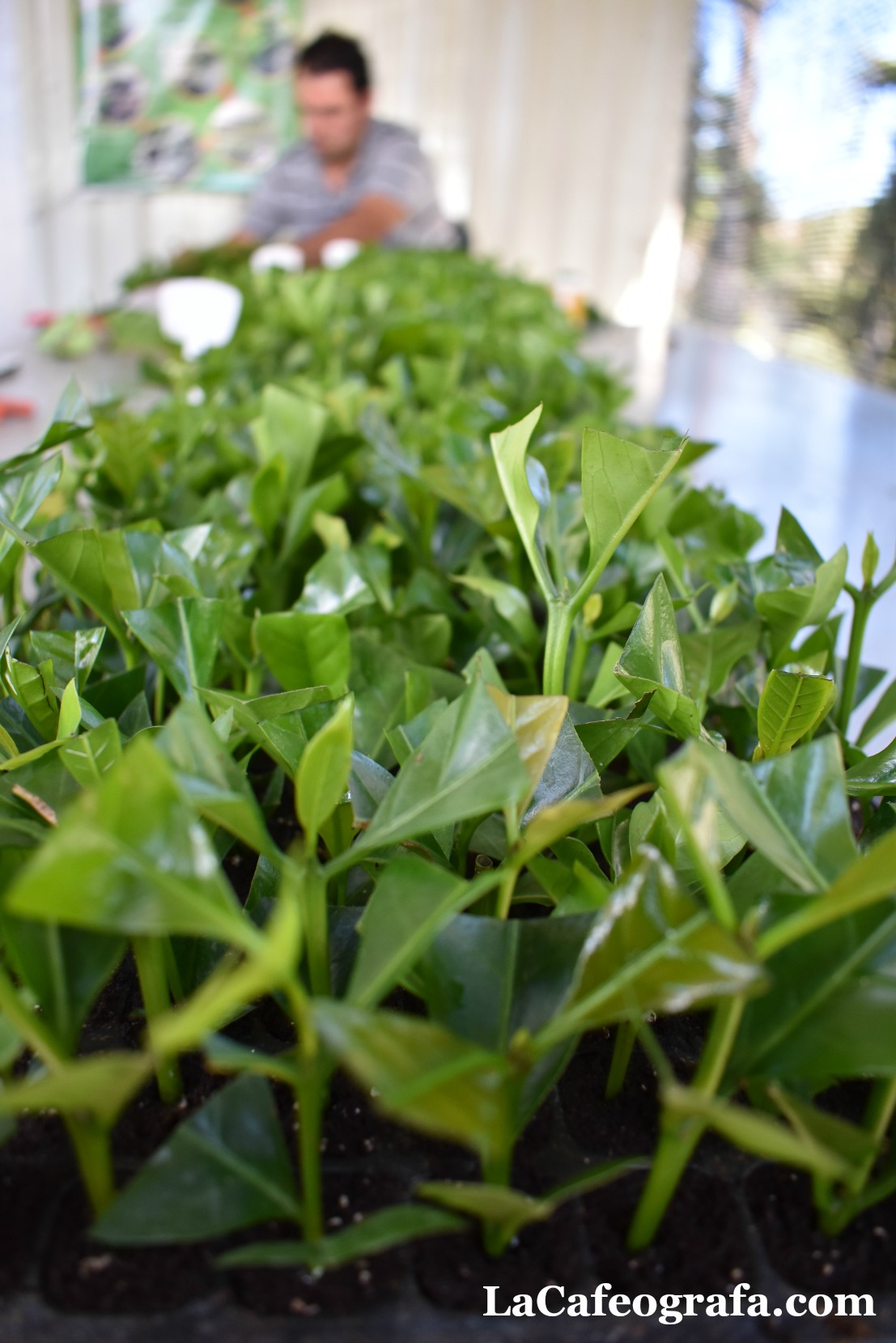 I forgot to mention they all have names! At least 5 out of 6 have more practical names than their original codes. Here they are:

As an example, Luis Diego and William tells me that at the bottom of Turrialba Volcano, they are working the hybrids “Esperanza” and “Centroamericano”, and from this last one the Finca Aquiares just brought out a micro batch of specialty coffee. That says a lot about the quality of its cup. “What we are working on now is two important characteristics to the coffee industry: high quality and coffee rust resistance”, indicates William. At the CATIE lab they are already working on 15 new hybrids utilizing the seeds bank; those beautiful wild coffee plants that I saw at the beginning.

I said thanks to Luis Diego and to William for such an amazing tour around the coffee DNA and its future. I decided to go back to San Jose going up towards Santa Cruz de Turrialba, so that way I could take a look at the Aquiares mountains, where the coffee is growing, a lot of them, hybrids. I think that might be my next destination. What do you think? 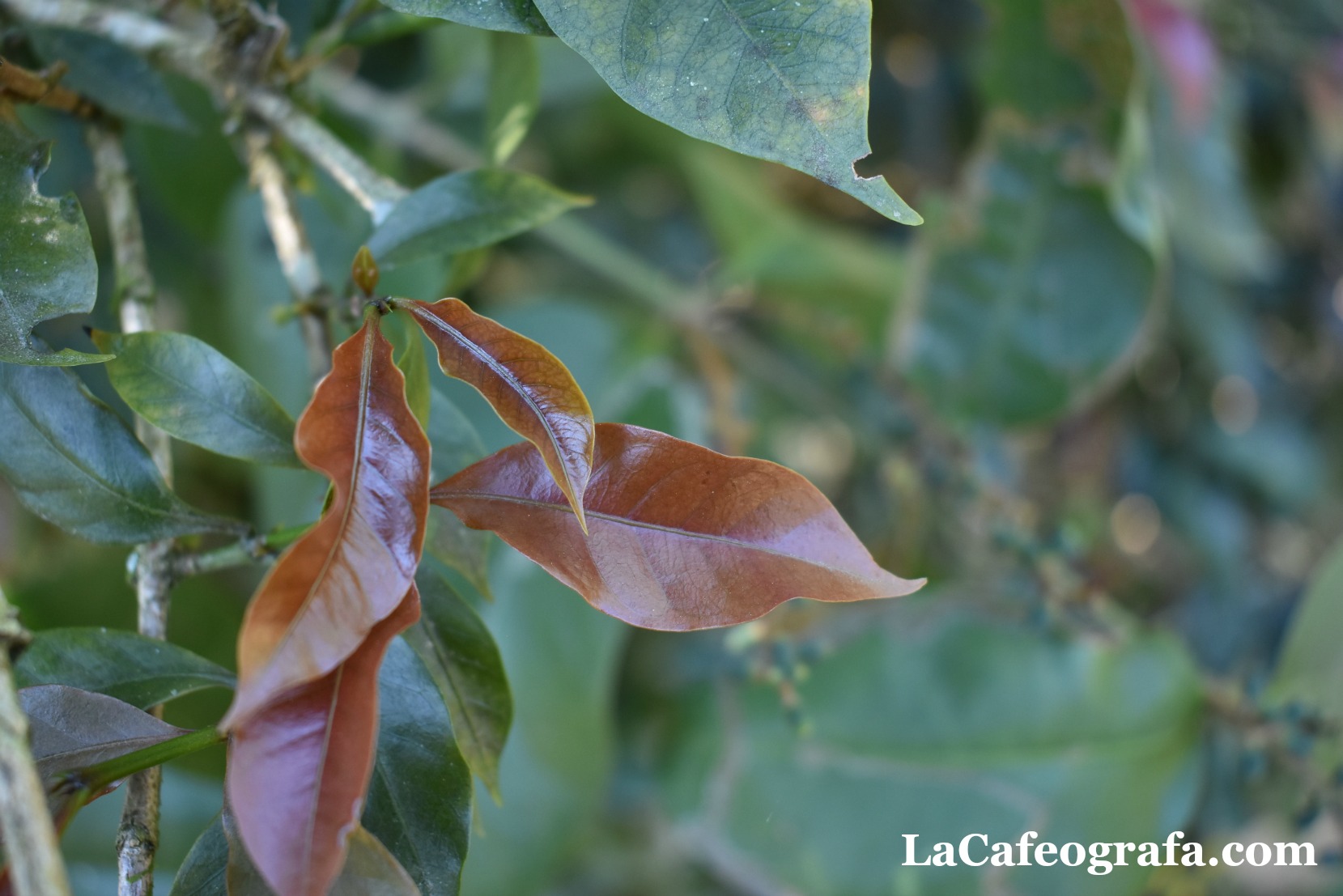