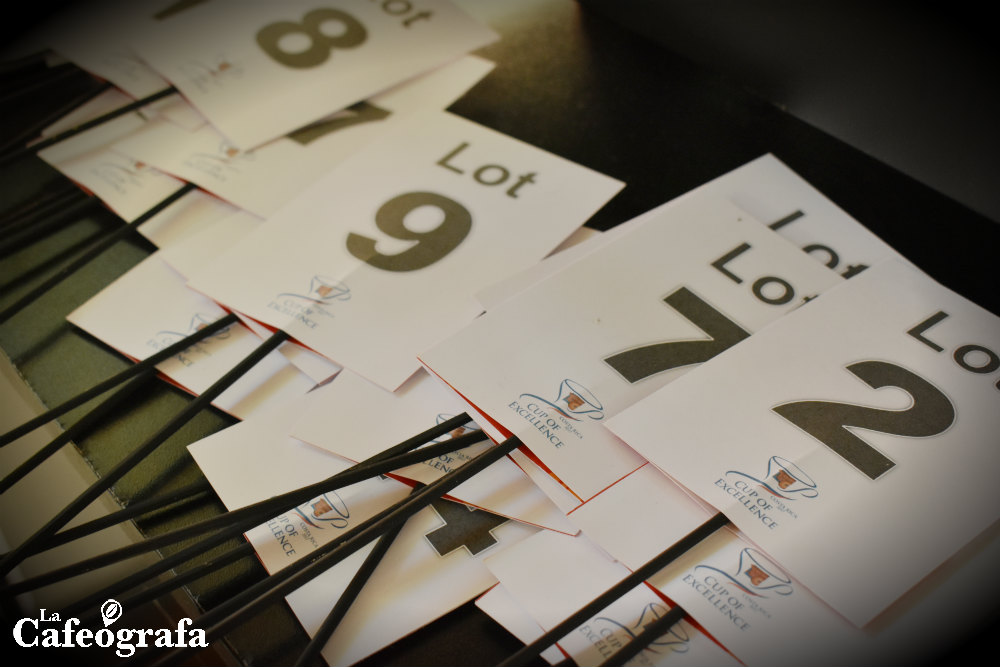 The culminating stage of the Costa Rica Cup of Excellence 2017 has ended. On Wednesday June 28th the online auction took place, where the 29 top-rated coffees from the National and International cupping where sold to the most demanding buyers from all over the World.

In my hands I hold a cup of coffee, aromatic and sweet. Flower scents and sourness stimulate my palate. I am here witnessing the online auction together with some of the 29 coffee producers at a breakfast where everyone was invited at the SCA Costa Rica. What a privilege!

In front sits Jorge Brenes, from the farm that won first place; the lot: Don Antonio, Farm Hacienda Copey. Today we only see him and Andrés Salas, but behind their operation, there are a lot more people committed to bringing quality coffee, with years of dedication and hard work. Looking at the chart where the buyers are bidding in 3-minute intervals, I start thinking about that coffee forest and the care from Jorge, don Johel and Matías, there in Copey de Dota. (I had previously visited the winning farm, read their story HERE).

The same care shown over the years by all the producers. Many of them with lots of experience in the Cup of Excellence, with first places and high scores, for others this was their first time in the coffee contest.

In Costa Rica it has been 10 years now since the Cup of Excellence began. It has been a decade of many memories and stories that the experienced ones start to share as the morning goes on.

This auction awarded 3 presidential prizes ( coffees with a score of 90 points or more). These 3 awards are of the geisha variety. The first and third are from Tarrazú and the second is from the Occidental Valley.

As the hours went by, we noticed that none of the 29 lots will be bought for less than $10 per pound. If we consider that 1 “quintal” of coffee is 100 lbs, the minimum price per quintal for these coffees would be $1000. (The normal price for coffee in the market is $1 per pound, approximately).

A little bit later, we all celebrated the new record marking 10 years of the Cup of Excellence: $80.60 per pound for first place. That means that one of our Costa Rican coffees will be sold for $8,060 per quintal.

The second place reached a price of $38.71 per pound and the third $37.10 per pound. The high quality coffee is worth every minute of dedication from our producers and more!

With all of this comes the world exposure that these 29 lots of coffee will receive. The auction buyers came from Asian countries, Europe, United States and even some from as far as Saudi Arabia (to see the buyers of this auction and the final results click HERE)

“It is the best way to celebrate the 10th Anniversary of being part of the Cup of Excellence project: breaking records!” says Mª Auxiliadora Alpízar, from the SCA Costa Rica team. “This is a reward for the producers for all their dedication, endeavor and innovation. We share their happiness! Not only with the price obtained with the first place (which we are very proud of) but also seeing how the average price has been the highest we’ve had in these last 10 years.”

The auction ended at around noontime, breaking records and confirming the tremendous work and great knowledge that the Costa Rican coffee producers have about Specialty Coffees. The numbers were impressive, but what I enjoyed the most was giving a face to the cup of coffee we had first thing in the morning; now everything makes sense.

*Translation made by K&S Pratt.